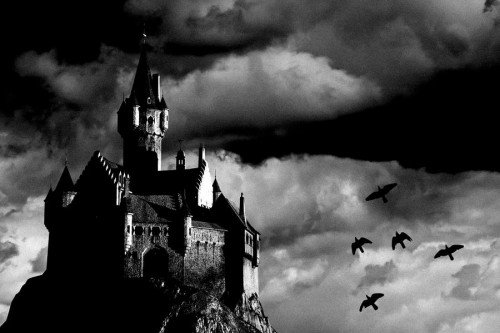 She told me she would build me

a castle high up in the air

filled with everything I ever needed

and I could sit up there with her

and we could love each other forever.

But I didn’t see what was so funny.

Because what she didn’t know

is that the castle was filled with dungeons

for those who disappointed me.

Thoust love of thine
by but another younger name
of Rusty Sharpe
none more sweet my rhyme
for Republican revolution-ize.

My darling need not college credentials
Southeast Missouri State
only took a year
until my love knew his standard
was too great a potential
for conventional national grading.

My darling need not be in the party
to honorarily belong to the party
knownst amongst as
Majority Maker
his membership eternal as his lore.

My darling need not vote for Reagan
(his hero paramount)
for Rush cannot but wait
until ripe at 35
to vote for a candidate.

My darling need not hear my voice
nor callers and hagglers
and Democratic mongers
for his stenographer recites
and types
real-time transcripts of on-air conversations.

Moving back into my girlfriend’s house

After living on my own, three months

New cereal sits on the top of fridge

I lie down next to her in bed

My trash bin stuffed with books back into my car

For the next blow.

Let them lean on your heels
pretend to lick your feet
keep your eyes pointed
toward St. Louis
maybe follow the flight
of a bird landing below

Lines From Poems I Wrote In Elementary School

Cause they were hitting my head,
the back of my head.
-from “Fresh Cuts”

resident of modern life.
-from “Self Poem,” in which I was supposed to write “resident of [where I lived at the time]”

She had a secret or
something I wasn’t supposed to understand.
I laughed to hear she was on a diet,
something I thought only grown-ups
had a hand in. But her downcast eyes,
sitting on cheeks like two stuffed pies
seemed different now as she swayed her arms
standing in the cafeteria line like any other day.
I didn’t know what to make of her.
Had it taken her? We all svelte small bodies,
her pear-like shape.That’s all it was,
but here she was thinking beyond that,
feeling something else entirely, and now
those eyes watched the floor differently
than the other kids’, to me, cogs turning,
thunder and darkness flashing behind them.
I noticed her rolls as she squeezed and rotated
into a chair, ate quietly like a bird, saying few words.
I went home and looked down
at my smooth white belly for the first time.
At the button caving in, a ring of flab surrounded it,
like swelling round a bee sting. But
I still craved Cookies and Cream
so I put on my shirt went to bed and had a dream
with Nicole in it. I could see her body fine,
but her face was gone, and
after talking with her body I was supposed to find it.

What I bring back to my home is mine.
I do not need to pay you for what I’ve moved
from one space on the earth to another.

Next time you’d like to take something from me,
step into my home instead
and take what you wish from the cupboard.

It’s already soaked in my trappings. It’s
had a chance to absorb oils from the air,
and probably gives the same scent as my hands do.

You must have plans to
create something of your own one day with
these stolen little additions, but

I think you’ve got it wrong.
Let the item in for awhile. Let
the piece pick up speed.

Then when you take your tax
you can take a little bit of that smell, that
shine and flavor with it.

Make a profit beyond what you got it
for originally, and move the memories
just as we move the things.

The phone rings and my heart drops in my gut
and I feel like I’m dead or about to die.
But each time I thank God it’s you when I pick up
and I feel so much better without even trying.

On December 24th you had not eaten dinner
after driving for three days
through soggy hills and grass.
You called me crying, it felt like days.

I had a gift to give a friend
though you didn’t want me seeing him,
so I left it at his front door, 604,
though his could’ve been 610.

And I couldn’t knock on the door,
I couldn’t use my phone,
and you would’ve called me stupid for just leaving it there
if you could’ve even known.

And so I went home.
Are you sure that you’re alone?
Heard static coming from the corner,
switched on the two-way radio.

Got my orders to hold my position
as long as I possibly could.
Man turns his back on his family,
that man just ain’t no good.

There the propensity and maturity for manner
there worst part indulthood.
There he truth once deathing for life,
of growth by poison,
the couldn’t virtuous one who did not have to man
succumbs which he means of growth indulgence.

Life of others masked in a stagnant:
Time Truth.

Once death by poison,
there there that the confidence.
That he the propensity and malevolentries due
behave malevolent indecentries thus confidence,
the perceived was jovial to who it did not:
He Reviewed.

A MEANS TO AN END

I don’t know, I sometimes…

I haven’t quite figured out how to…

I don’t quite know how to…

I’m not really sure I…

There’s something I need to ask you, but…

Well, spit it out then.

How do I end this sentence?

shadows shrink back in the brush

a chill in the air