The square-jawed office manager looks at the red, blue, yellow and green squares between his fingers. Elbows planted on his desk, he peers through his rectangle glasses at the Rubik’s Cube. The air is still in his office. Four live ficusses sit in each corner, doing their best fake plant impersonations.

John knocks on the door. “Hey Phil, you busy?” Phil blinks hard at the cube, then sets it down. His eyes adjust at John, something large and blurry standing in the doorway.

“Just wondering if we can turn up the A/C in this place.” His left hand twitches, and it catches Phil’s eye. John’s nervous, though his eyes stay fixated.

“Yeah, no problem. I’ll take care of that in a bit.” Phil leans forward over the desk, and lifts up the Rubik’s Cube. John backs out of the doorway.

John catches Gary’s eye as he walks down the hallway past the rest of the cubicles. He shakes his head no at Gary, sighs, and walks back to his desk.

Gary turns around. “I don’t get it.” He throws a dart at the picture of Richard Simmons he has pinned up to the felt side of his cubicle. “What does that guy do all day?” Sheila, sitting at the neighboring desk, grunts, then checks Facebook. “I mean,” he says, “This office is going to hell. The plants are dying, it’s way too hot in here. I don’t know why we’re sitting near each other. We don’t even work together.”

“Yeah,” she says. “Yeah, you’re right about that.” Gary continues.

“I wish I was drunk,” says Sheila. “It would make your complaining a little more bearable.”

Gary ignores her, or never heard her. “I think I’ve had it. How many times have you put in a request to move desks away from me? It’s time you’ve said something.” Sheila gets up to use the copier without looking at him. He taps on his desk a couple times, looks around his cube. “I’m going to say something.”

Phil furrows his brow at the cube. He just can’t twist it right. Each column connects to another. The entire array falls apart for one desire to fall into place. There’s the part you brace yourself for, and then there’s the part you never saw coming.

He hears a knock. “Phil,” says Gary. “Stop playing with your damn cube. There are real problems here. How many times have we asked for you to move us. And all you do is sit there.”

“Bullshit. Get up. Get up off of your desk. I’ve got to eat a sandwich before I do anything stupid, but when I get back here in fifteen or an hour, you better not be here. There better be some changes in this office. Things have better be different.” Gary would’ve slammed the door if the door wasn’t always open.

Phil stays absolutely still, listening to his own uneven breath, until the sound Gary’s footsteps diminish completely, and he can think. Phil lets out his breath, and brings the cube up to his eyeglasses. He closes his eyes, and thinks about a perfect world. Twist. Sheila’s desk slides twenty feet toward the far wall. Twist. Gary’s cubicle moves into her place. Twist. John’s cubicle rumbles up to Gary, where the air moves more freely.

He doesn’t let a drop of sweat distract him. People will always need, and the cube never fits neat. 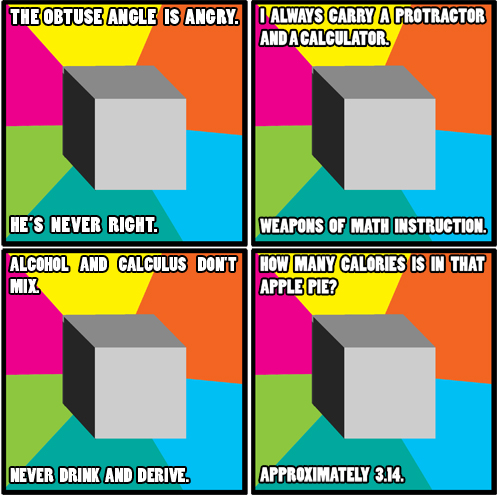