Home O.T.
(they were afraid people would mistake the show to be “Homo Tea”)

A stack of anywhere from four to twelve different types of peanut butter jars, attached via adhesive, capable of distributing various kinds of peanut butter. As opposed to a traditional jar, the condiment must exit through the side.

Unfortunately, the peanut butter tower can only be used once until it becomes a complete mess and a waste of peanut butter.

On the plus side, there’s nothing cooler than a stack of peanut butter that tall and impractical. 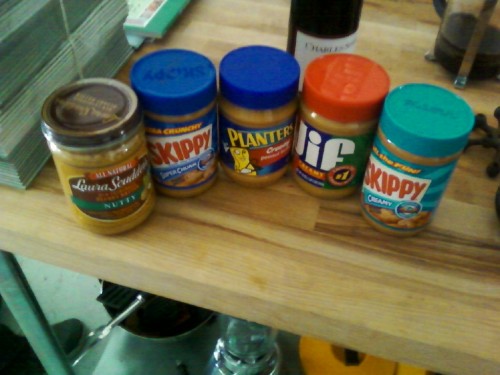 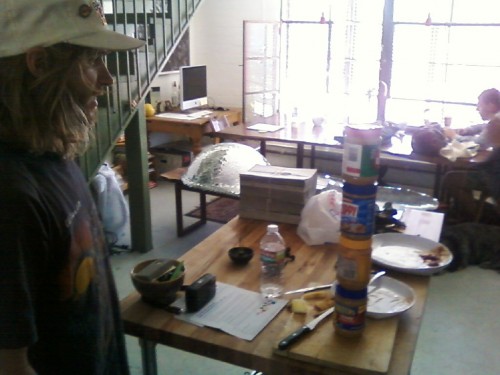 It’s made entirely of “B”s. 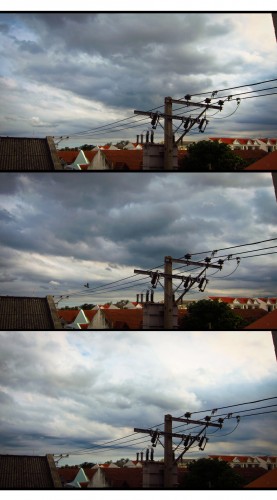