I talked to two British girls today who were living in Los Angeles. One was here on a work visa, the other was visiting. They decided to go see Harry Potter.

So I asked, “So how does that work? When you see the movies does everybody speak with an American accent?”

They laughed, so that made me feel good. But they probably laughed because they were English. You see, in England, it’s polite to make stupid fucking jokes. 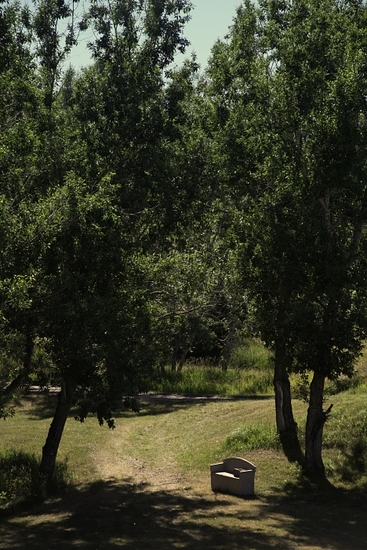 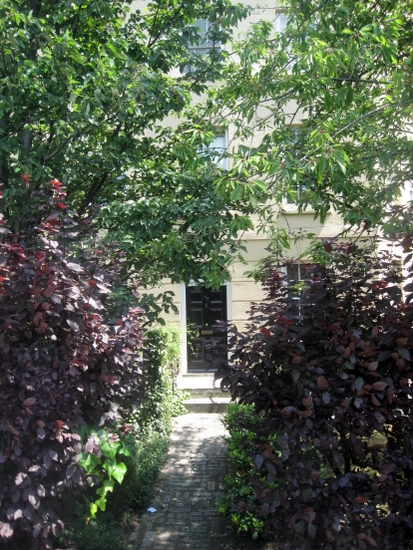 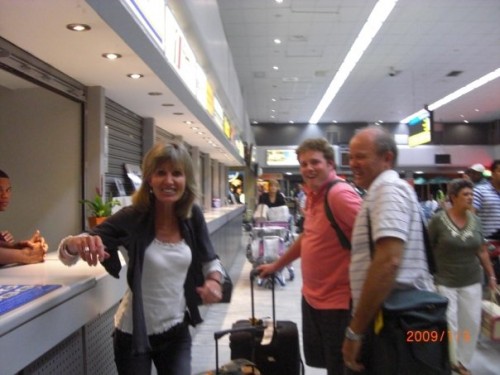 Taken at the Cape Town International Airport a few years ago at the moment when i flew out from South Korea and surprise visited my family while they were on vacation. :)

1. RAW – Carrie placed her elbow on the hard, raw carpet fibers on the gym floor and began doing sit ups.
2. CHASE - Most people go to the gym to get a better body, to look better naked, to feel good about themselves.
3. APPRECIATION – Carrie never cared about that, though, which I’d always respected. She was probably one of the few in that room for the sake of living healthier.
4. DUTY – Anyways, the way she tells it, one of the staff members walked over to her while she was on the ground. Asked her to turn her shirt inside out.
5. DRAFT – She suddenly noticed the air flowing through the room, drifting under her shirt, against her damp skin. What did this guy want?
6. WEEKEND - “We can’t allow other gym’s logos at Fitness 5.” Carrie was confused until she realized she was wearing the red wicking shirt her father gave her last weekend, a hand-me-down from when he worked as a staff member at another gym in the area.
7. CONNOTATION – The staff member apologetically waved his hand. “I’m sorry. It’s not me. People from corporate saw you on the cameras.”
8. RECTANGLE – He pointed to some rectangular mirrors lining the top corner of one side of the room, angled downward, a feature Carrie’d never noticed before.
9. CONSUMER – So she changed in the locker room, not a big deal. One of the other members asked if she was a personal trainer at the other gym. “No,” she said. “But I guess they saw me on the cameras.” The guy looked at the corner. “That’s wild…”
10. RED – Carrie got back on the ground. She laid on her side, fully aware at the solid square shape of her body facing that wall, the big red shirt she had on. She pushed off the ground, and relaxed, a tightness squeezing in her right side, each time the world in front of her shifting. She turned to her other side, her back facing that wall. Still she felt someone’s eyes burning into her as she began pushing herself off the ground over and over, staring blankly at the machine in front of her. Her elbow was in pain, her side was splitting and tired. She stopped.
11. FRIENDSHIP – I got a call from her on her way home and she told me about the whole thing. I mean, I’d never heard of something like that, so what could I say? But from what I remember, there was no mention of maybe not ever going back to the gym again.
12. MIRROR – When she got home, she brushed her teeth, looked at herself in the mirror for the first time in awhile, in a way that you and I do most of the time, several times a day. This was weird for her, remember. She’s not like us.
13. CLIMBING – She climbed into bed, and pulled her bedsheets around her body, but closing her eyes, she couldn’t feel the bedsheets at all. When she pictured herself, she was lying naked. No topsheet, no comforter, bare.
14. ADAPTER – The next few days I remember noticing her wearing earrings to school. It was a strange change, but I complimented her on them. She seemed pleased with the attention. “Something my grandmother gave me.”
15. PRIMITIVE – After that, though, she was done with them. She bought a few different outfits I remember, but again, went back to wearing her old clothes. We took the new ones to Good Will together.
16. PEACE – She went back to the gym a few more times, I guess, at least that’s what she told me. But it didn’t stick. “It’s not for me,” is what she told me. “I’d rather do something I actually enjoy.”
17. DIET – “Did you still want to be healthier?” It was something we were all trying at the time. “Perhaps you could just watch what you’re eating.” She nodded, maybe. She’d lost interest.
18. TON – I didn’t see her a ton that summer. We decided to take a break, pick it back up when school started. She stayed in the city working at the library and I went back home.
19. FRESH – This semester I was blown away. She’d completely changed. Maybe it was just having a fresh perspective on her.
20. DEPTH – She still lit up the way I remembered her, sure. She still seemed to be the one person basing her entire personality on thoughts, on soulfulness. Not a drop of distraction came from the superficial, from the way things looked. I poured my guts out to her. We made each other laugh.
21. SUNSHINE – But despite the good feeling, I didn’t… I couldn’t… I was no longer attracted to her. I asked her if she was happy, and she said yes.
22. KICKING – I guess sometimes I wonder if she kept up the gym thing, whether we’d still be together. It’s as if once she realized that someone was always going to be watching her, she let herself go. Maybe I should’ve done something. Maybe I could’ve.
23. JUVENILE – Let’s change the subject. Seriously, we’re like teenagers. We talk about everyone except those in the room.