A MEANS TO AN END

I don’t know, I sometimes…

I haven’t quite figured out how to…

I don’t quite know how to…

I’m not really sure I…

There’s something I need to ask you, but…

Well, spit it out then.

How do I end this sentence?

A neighborhood boy speeds away on his bicycle self-importantly. He is off looking for some young ones that have been missing since lunch time. It is now evening, and the autumn sky is reddening. The cover of dogwood fruits that litter the yards is the same color of the pinks and oranges of the clouds. The sky is aglow with the dying light, a fading memory of morning. A mother paces on the porch with her hair in blue curlers. “Should I call the cops?” she thinks. A common scene where young boys will pass their time, can at anytime be a picture of heartbreak. The Dear Photograph Tumblr asks you to “take a picture of a picture from the past in the present.”

HOW TO BLAZE A TRAIL

1. Assess the density and type of foliage that is growing in the area in which you wish to blaze a trail. Equip yourself with hedge clippers (for smaller bushes), an axe or saw (for trees), and a shovel (to remove medium sized rocks and roots).

2. Plan the width of the trail. For a private trail, it only needs to be about 30 to 45 cm wide, just enough for a single-file line of people. If it’s going to be a public trail, make it wide enough for four hikers abreast.

3. Plan the direction of the trail. Check for any immovable obstacles, such as fences, boulders, large trees, or streams.

4. Cut down or flatten all trees and bushes to make the path. Watch out for animals, poisonous plants, and thorny bushes. Leave some plants growing at the entrances if you want to make it a hidden trail.

5. Clean up the dead bushes. Remove any rocks that could trip people up.

Unless you were lucky enough to be born a genius, you will need to work hard to be a trailblazer! If you equip yourself with the right attitude and the following techniques for success, you can achieve anything and create your own future!

1. Believe in yourself and focus on success! With self-confidence, effort and conviction, you can do whatever you put your mind to!

2. Set goals and stick to them! Be determined and always finish what you’ve started! Yes, it can be hard to stick with a difficult task, but you can do it with persistence and hard work! Think of how proud you’ll be of yourself! If you really want to do something, you will!

3. Make the journey! You’re not on a motorway, you’re trail blazing so you can’t afford to have tunnel vision! Don’t get stuck on the path you have planned–sometimes there will be obstacles that you’ll have to maneuver around, leap over or pummel out of your way!

4. Adopt a positive frame of mind and take the good times with the bad! Obstacles are natural and exist to be overcome! Relish them! Engage with them consciously and with a positive attitude! Periodically step back and assess their nature, your approach, and what you believe lies beyond the obstacle, then re-engage with your task without hesitation!

5. Be humble and vulnerable! Don’t be fooled by praise or criticism! However great your idea or plan, there’s someone out there who can help you make it even better, or at least easier to attain! Listen to feedback and criticism, and be encouraged by praise! 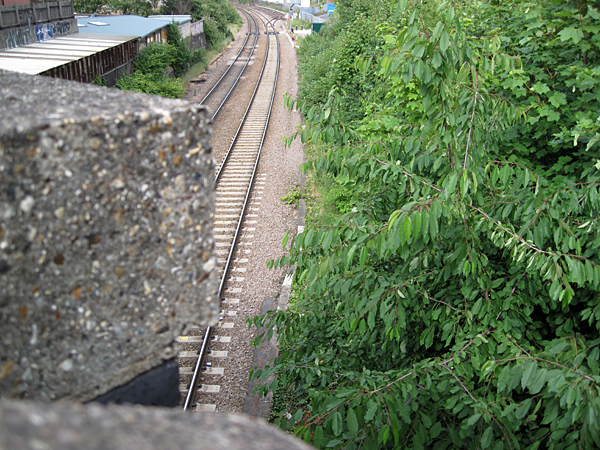