From June 16th to the 23rd, there will be an installation at the Concourse Gallery, London. There you will be able to watch the live feed as our contributors submit, read an anthology of the work from Feb – May, and even submit your own entry! 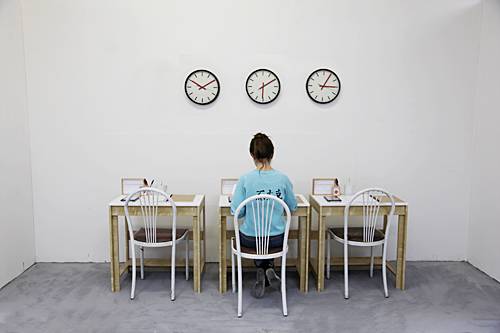 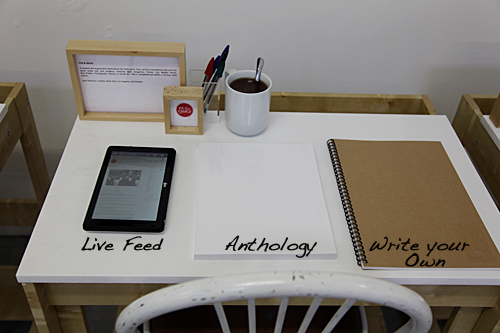 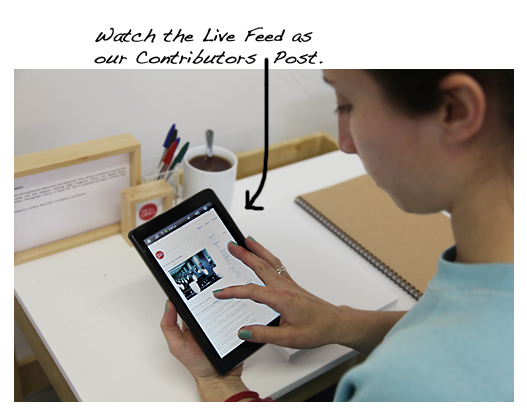 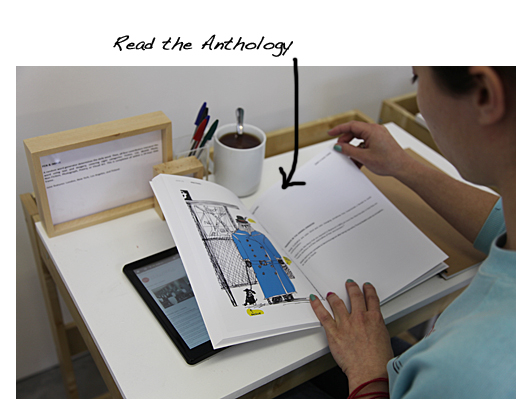 This video was made of all user-supplied videos. 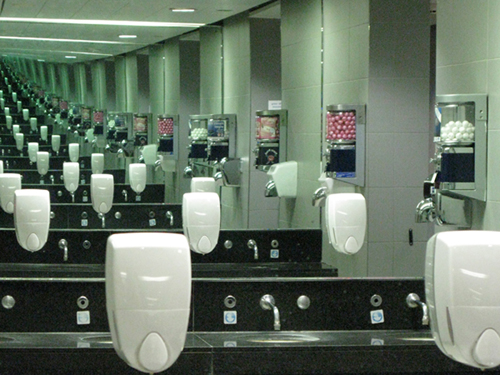 THE TEN WAYS OF LOOKING AT A CLOCK REPAIRMAN GAME
(Re-imagining of Roger Zelanzny’s re-imagination of Wallace Steven’s “13 ways of looking at a blackbird.”)

1. Once there was a man who repaired clocks because that was what he loved doing more than anything else in the world, and he dedicated his life to do so.

2. Once there was a man who repaired clocks because society required regulation, and timeliness was pertinent to prevent anarchy.

3. Once there was a man who hated clocks, but repaired them for a living to support his manic wife on a regimen of quaaludes and Xanex to distract her from her Barney’s charge card account balance being overdue.

4. Once there was a man who intentionally mis-assembled the clocks that he hated, causing countless overlaps in changing of the guards.

5. Once there was a man who started to think of his clocks as friends because they manage our days, indicate our late night chat show programs, and organize our potential social calendar.

6. Once there was a man who repaired clocks for the New Jersey crime syndicate. He played coy to to Zino’s fish monger, which was running a counterfeit tilapia ring outside the back of the wholesale nine and dime.

7. Once there was a man who was stuck repairing clocks because his in-laws owned a clock repair business and he had no other skills, job references, or a GED to save him otherwise.

8. Once there was a man who was cursed into repairing clocks, in fear that not doing so would result in a poor quarterly yield in crops for his family.

9. Once there was a man who pretended to repair clocks, but really just enjoyed playing with miniature tools, oil, and spending the day alone in his house’s detached garage.

10. Once there was a man who was always late because he used a mis-assembled watch that he bought from a mobster repairmen who threatened a drought if he dared haggle on the resale value.

Trash has a vile personality. Someone with no perspective of the world who reaps the fruits of a feeble intellect. A trashy person may subscribe to any number of faiths and/or political beliefs. What trash has in common with other trash is a lack of regard for human dignity. What distinguishes non-trash from the dregs is an unshakable sense of superiority, a complete willingness to disregard those with different views.